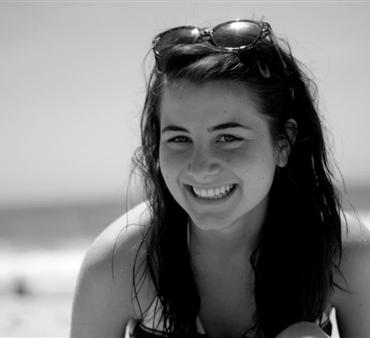 Born and raised in Los Angeles, California, Hannah spent the majority of her childhood in front of her dad's camera, prompting her love of photography at a young age.

When she was 13 years old, she challenged herself to take a picture every day for a year - a '365 project,' which further ignited her passion for being behind the camera.

At 14, Hannah reached out to the manager of Arcade Fire on twitter and she was graciously given the opportunity to photograph the Grammy award -winning band. Since then, she has taken pictures of numerous musical acts, including Paul McCartney, Tom Petty & the Heartbreakers, Mumford & Sons, and Macklemore. Concert photography is her favorite medium of art as it allows her to synthesize her two passions: her camera and music.

Hannah would personally like to thank Arcade Fire and their manager, Scott Rodger, for generously giving her the chance to live her dreams, and her parents for continually encouraging her efforts.